I'm so excited! Thank you for putting the release day blitz together, Geri EverAfter. June 5th is six months since the release of Misled. What a wonderful fucking ride it's been! 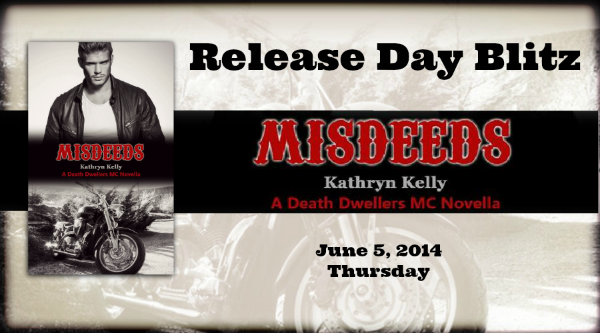 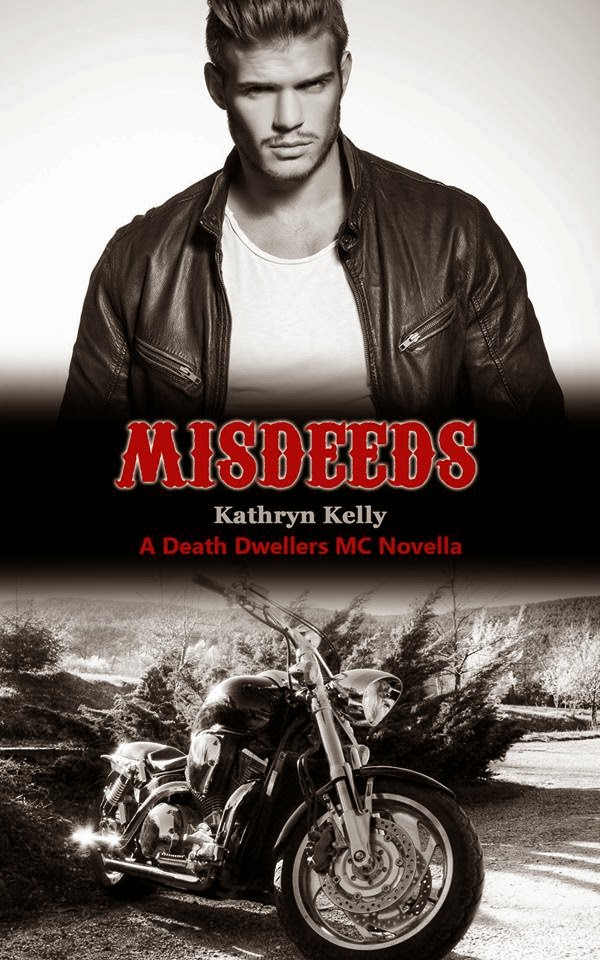 John “Johnnie” Donovan is determined to make his relationship work with Kendall Miller, the attorney he met during his cousin’s birthday party. Before he can move on with his future, however, he still has loose ends to tie up from the past in the person of a rival MC’s president who is also Kendall’s ex-boyfriend. As Johnnie tries to balance his club life and personal life, another tragedy forces him to make a choice between the two. Will Johnnie be able to live with the choices he makes?
Kendall Miller is trying to pick up the pieces of her life in the wake of her ex-boyfriend’s assault. She’s ready to move on with her life and the man of her dreams, the sexy VP of the Death Dwellers MC. She demands his complete attention and isn’t willing to share her man with all the baggage of the MC. She doesn’t want to be an afterthought to him nor does she want to live her life in the midst of the clubhouse, especially with the competition taking place between Kendall and the club president’s wife. Then, catastrophe strikes and Kendall’s life is once again altered. Can she and Johnnie have a future together or has their love been doomed from the beginning? 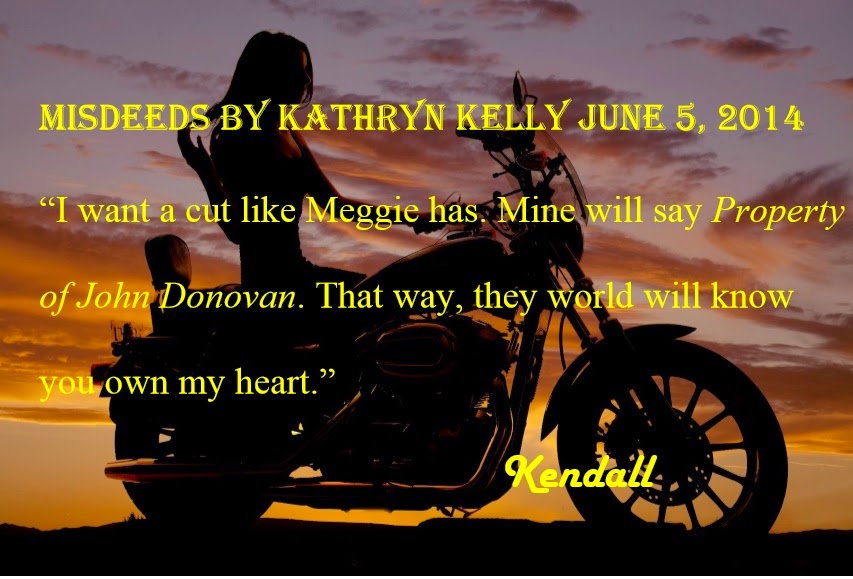 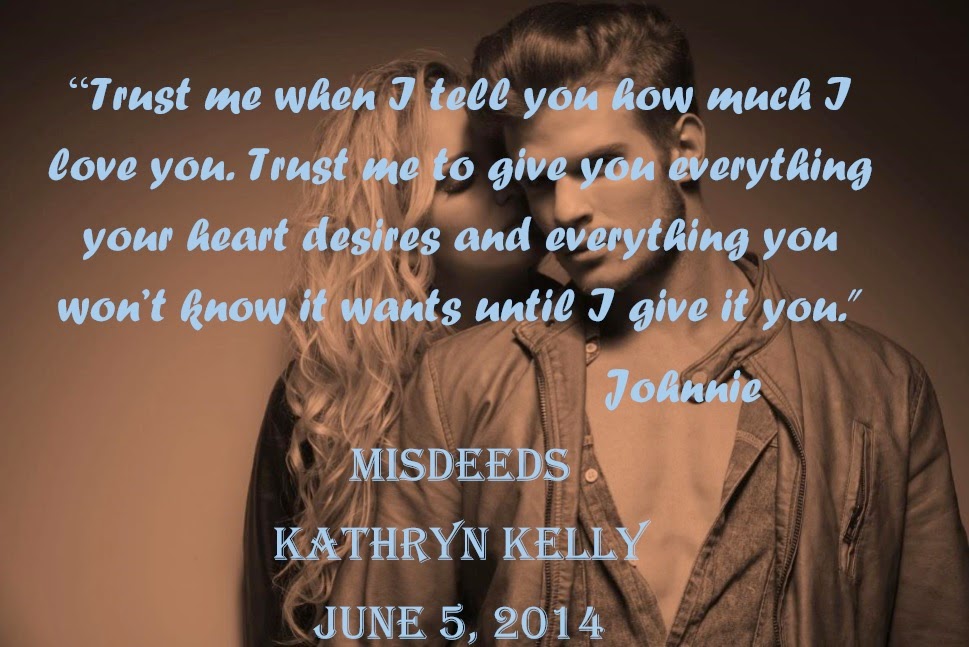 Instead of Megan or any other woman, Johnnie stepped in and leaned against the door. He’d been running his fingers through his hair a lot, so the blond strands lay all over his head. The sadness in his eyes made her heart twist and she stepped closer to him before gliding her fingers along his jawline. The stubble that had grown since he’d shaved this morning scraped against her fingertips. She wrapped her arms around his waist and buried her nose against his neck, inhaling his scent. Smoke. Alcohol. The faintest hint of aftershave. Musk. And him. Johnnie.

She planted kisses against his throat and up to his mouth. He groaned and pulled her closer, taking control of the kiss and dipping his tongue into her mouth. Heat pooled low in her belly, her pussy slickening in need.

“I’m so glad you’re here with me, gorgeous,” he whispered, thumbing her nipples and thrusting his erection against her.

Kendall melted at his words and smiled, pulling back to stare into his eyes, burning with a silver intensity that seemed to reach into her soul. But she wouldn’t tell him again that she loved him right now. He was dealing with too much. Besides, she wanted to know how deep his feelings went for her. She couldn’t face his rejection.
“Come out with me?” he asked quietly. “I’m about to tell a hilarious story about K-P. Well, it’s more about us but K-P walked in at the end and—“ He rubbed the back of his neck and he shrugged before forcing a smile onto his lips. “I’d like you to be out there.”

Unable to deny him as much as she wanted to ask they return to their room, Kendall nodded.

His grin wasn’t as bleak. Grabbing her hand, he moved away from the door, opened it, and then guided her out. He went to the center of the floor and whistled to call attention to himself.

“You’d never know just by looking at our ugly mugs how two little guys have woven their way into our hearts,” he began when the room fell silent. “I’m going to be a father, too, thanks to my old lady.” He nodded to Kendall and she blinked, heat rising to her cheeks, not expecting Johnnie to make such an announcement.

Claps and catcalls reached Kendall, Johnnie’s loudest of all. She didn’t know how to feel about having so much attention focused on her and wished Johnnie would’ve discussed his intentions with her, so she could’ve been better prepared.

Sliding into the seat she’d had earlier, she ignored the stares directed at her, balling her hands into fists to keep from screaming at everyone to focus elsewhere. Like on Johnnie, who was finally launching into the story he’d mentioned to her in the bathroom.

Losing herself in the cadence of his voice, Kendall blocked out everyone else and focused on the anecdote.

Kathryn Kelly is living her dream and writing books. Everyone who follows Kat on Facebook is well aware of her relationship with her mother. For those of you who are unaware, the following will offer you a taste. To live in peace, Kat acknowledges she is a mom, but prefers to keep her personal life private. In spite of her momma. Kat has always been an avid reader and still devours books in her spare time. She also enjoys football, socializing, music, eating, and jokes. In her head, she's the ultimate biker babe. In reality, she's an ordinary girl-next-door and a native New Orleanian.

Posted by Katkelwriter at 12:00 AM