It's Just Love Not A Time Bomb 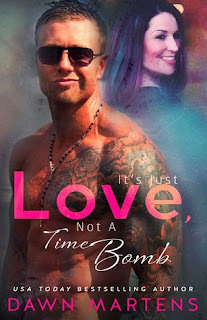 When Jordan moves in with his friend’s cousin, he thinks things will be easy. Yeah, screw that. The woman is a pain in his ass from the start, giving him whiplash with her hot and cold act. Still, Jordan can’t help wanting Alix—even if he does spend half the time trying to decide if he wants to kiss her senseless or choke her. For Alix, men are worthless jerks. She’s made a vow to steer clear of relationships, but the moment Jordan pushes his way into her life, her vow is shot all to hell. Every attempt at avoiding the cocky bastard ends in tangled sheets and Alix wanting to kill the man. But she wants him, more than she cares to admit. Will this jaded couple give into their feelings? After all, it's Just Love, Not a Time bomb. 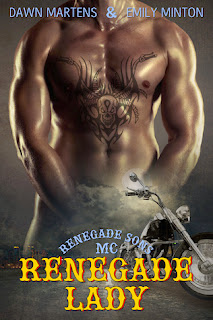 WARNING: Renegade Lady contains adult situations some readers may find offensive. This is a raw and gritty story involving explicit sex, graphic language, violence and drug use. Not intended for readers under 18. Jenna “Ice” Chandler grew up as part of a motorcycle club. She considered it her home, until one wrong move made it her prison. After months of abuse, she is rescued by Chipper, who takes her to Big Clifty, Missouri, home of the Renegade Sons MC. Kiddrick “Kidd” Jones is the president of the Renegades. He knows there is something special about Ice the moment his older brother, Chipper, brings her into the club, but stays away, because she is too young. When time comes for Ice to take her place in the club, she has two choices, become an old lady or a club whore. Not believing in love and knowing a man can never be faithful, she decides to earn her spot on her back. With each passing year, Kidd's feelings for Ice grows and the urge to make her his becomes stronger. Frustrated and jealous, he finally decides it’s time to make her his. Will Ice finally thaw out and give love a chance, or is Kidd fighting a losing battle? 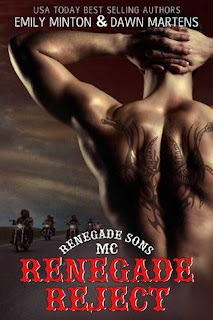 Daisy “Little Flower” Anderson has lived her entire life on the sidelines of the Renegade Sons MC. Her father is a member, and her mother a club whore turned old lady. Not wanting to follow their footsteps, she chose a different path; one that keeps her close to the biker family she loves, but out of the club. Struggling to keep it together, she never thought she would have anything of her own, until she met Preach. He is everything she swore she didn't want in life. One night of passion leads to unexpected consequences, and she knows, now more than ever, it’s time to move forward. Garrett “Preach” Austin lived his life caught in his father’s iron fist. He never thought he would want anything more than freedom from his past, until he met his “Little Flower”. She shows him there is more to life than pain. Preach has a secret; one that forces him to choose between Daisy and his brothers. Even though he loves Daisy, the Renegade Sons are the only true family he has. He knows he can’t have her, yet he can’t let her go. When Daisy moves on, Preach realizes what he’s lost. Can he prove that he’s the man for her, or is he too late? WARNING: Renegade Reject contains adult situations some readers may find offensive. This is a raw and gritty story involving explicit sex, foul language, violence and drug use. Not intended for readers under 18. 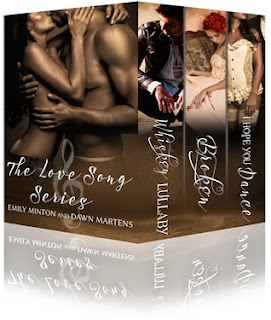 Whiskey Lullaby: (Revised and Extended) Jase lived the last nine years drowning in whiskey, while Julie sung a lonely lullaby. Can they find a way to give their whiskey lullaby a happy ending? Broken: Brandon's wounded; Bethany's broken. Can these two shattered souls heal each other? I Hope You Dance: Join the Walker and Gibson families as they learn to dance. Love Song Series Box Set contains adult situations some readers may find offensive. These stores include explicit sex, foul language, and violence. Not intended for readers under 18. 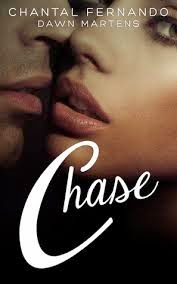 Moving in with a guy you only met once? Stupid. But for student Layla Crawford, this was reality. Chase Jackson is a renowned playboy and self professed commitment phobe, that is until he meets Layla. Blinded by his intensity to have her, Chase will stop at nothing to make her his. With a jealous ex and old conquests repeatedly making appearances, Chase' s skeletons come out of the closet one by one, each one pushing Layla further and further away. Layla is determined to keep her distance. Chase now has to convince the only woman he has ever wanted that he is worth the gamble. 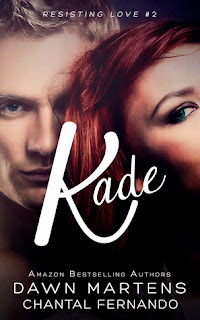 You met Kade and Nikki in "Chase". Now it’s time for their story. Nikki works hard and plays even harder. A fan of no attachment type relationships, Nikki is nowhere near ready to settle down or commit to one man. What she doesn’t expect is Kade. A one night stand she can’t quite shake, Kade is a ladies’ man and the brother in law of her best friend. Will she be able to resist him? Or will Nikki take a chance on love with a notorious player? After making a promise years ago to his now fallen best friend, Kade swore he would take care of Ashley. But what happens when Ashley has an agenda of her own? Will Kade let his promise to his best friend ruin things with the love of his life? Recommended for readers aged 18+ 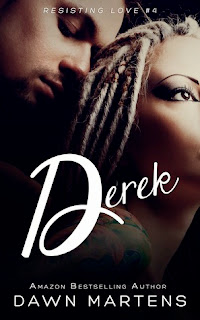 Rylie Sullivan hasn’t had an easy life. She is broken, so broken she doesn’t think she will ever be fixed. When she meets Derek, he barges into her life and tries to break down the walls she has so carefully construed to keep what’s left of her safe. When Rylie’s past mixes with her present, will Derek stand by her and help her survive? Or will he bail for the next pretty thing? Derek Tremaine has had it easy. Coming from a wealthy family and blessed with good looks, Derek has breezed through life. After years of one night stands, and a few half ass attempts at relationships, Derek has almost given up on ever finding the woman for him. When he sees Rylie however, he can’t help but be drawn to her. Rylie is different, more so than any other person Derek has met. Rylie’s beauty- her tattoos, piercings and beautiful blonde dreads drew him in, but it’s her sweet, kind nature that makes him want to stay around and protect her. Winning Rylie’s heart will be his greatest challenge yet, but Derek knows the reward will be more than worth it. Which is why Derek has no intentions of letting her go.