In a year filled with shock, loss, laughter, and tears, last Thursday will forever be emblazoned in my psyche. Ask me when I discovered I had cancer, I'll tell you not only the date, but the time, too. 8/5/15 at 6:28PM. I'd just gotten in from picking up a few items at Target. Last week, as I grappled with physical pain, a small amount of depression, and thoughts of the Death Dwellers, my mother called up the stairs, "are you watching the news?" Houston was flooded and that depressed me a lot. It brought back memories of Katrina.

When I told her I wasn't, she said, "Prince was found dead." My response was what prince? It didn't occur to me that she meant Prince Rogers Nelson, until she said your Prince. My heart seemed to do the impossible: it dropped down to my toes. If I bleed black and gold for the New Orleans Saints, then I cry purple for Prince. One thing about having so much time on your hands during a long recovery is your activities are limited. I've read books and magazines until my eyes have crossed. I've also listened to music. Even though Prince left us his music, a light flickered out when he left us. My predominant thought was if he could die, then anyone can. Yes, I can be weird, but my sentiment was the most ridiculous I'd ever come up with. Death's a part of life, but my shock was such that I couldn't make sense of anything. His passing reminded me how short life is. One minute we're here and the next we're gone. It's a hard lesson, well worth remembering.

As always, thank you for your prayers, well-wishes, jokes, messages, invitations, requests for upcoming releases and anything else that I may have forgotten. I want you to know I haven't forgotten you! You are always in my thoughts. I promise I will return, as soon as I possibly can. I had a slight bit of nerve damage in my upper right arm when the lymph nodes were removed and it causes a lot of pain. And, of course, when the incisions became less painful, I started driving and had a setback. Six to eight weeks before resuming regular activities isn't a number thrown out there for nothing. I've also had doctor's appointments to get to. We're on the hunt for the escaped cancerous lymph node. As soon as it is captured through ultrasound, it will be removed from yours truly. Because of my Li-Fraumeni Syndrome, I have decided it is too risky to keep my ovaries, so they will also be removed at that time. I don't have a firm date for my second surgery, but it will be done at the end of May or the beginning of June. Added to this is my mother hasn't been feeling well. Several weeks ago, she went to the ER and was told by the attending physician she has early stage Alzheimer's. News like that ruins a day like nothing else can. Her primary care physician maintains her symptoms are due to memory loss. However, she has an appointment scheduled with her neurologist at the beginning of May.

To those of you who have contacted me regarding Misfit - I will try my hardest to have it out before my next surgery. I'm so sorry to keep you waiting. This year has flown by. It's already the end of April and I haven't released anything or given a date announcing a new release. So far, my newsletter is due out as scheduled. Please have patience. I thought I'd share with you some of what I do have for Misfit, the blurb and prologue.


Until the next time,  I wish you love and laughter..in the purple rain. 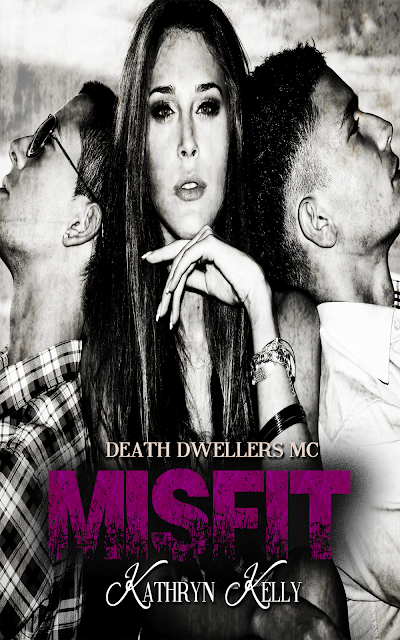 Ophelia Donovan wants to move past the loves of her life, two badass bikers in her brother’s MC. When she gave Cash “Ghost” McCall and Louis “Stretch” King, an ultimatum of bringing their relationship out in the open or she’d walk, they chose separation. It crushed Ophelia’s dreams of having a happily-ever-after and family with Ghost and Stretch.

Stretch lives with guilt and pain from the death of his former lover and the injuries he received the same night. For a while, Cash and Stretch worked fine. They’d agreed to choose a woman together to bring into their relationship. Instead, Cash brought Outlaw’s sister in, intending to use her as a shield for Cash’s growing feelings for both Stretch and Fee. The dissolution of their relationship because of Fee’s goading leaves Stretch angry with both of his lovers.

Ghost doesn’t do relationships. He doesn’t have the confidence in himself that he’s equipped for something meaningful. He only knows he loves both Stretch and Ophelia. She wants kids, a house with him and Stretch, and, most of all, an open relationship with them. So open she expects Ghost to go to her brothers—his club’s president—and confess all. Even if he did do commitment, he wouldn’t be alive to see it through. Outlaw would kill Ghost, especially after already warning him away.

Christopher “Outlaw” Caldwell knows Ghost is about fun and fucking. He’s in charge of the Bobs, those women trotted out for pleasure at special club occasions. Outlaw’s little sister wants a family and he refuses to allow her to waste her years on a man who’ll walk away in the end. Outlaw’s life has been quiet recently, with every known club threat removed, giving him plenty of time to focus on family.

Thanks to Cash’s outrageous plan to throw Outlaw off, he raises the man’s suspicions. Soon, a biker from a rival club uses Ophelia to get on Outlaw’s good side, leaving her gravely injured, Outlaw in jail, Stretch admitting how important both she and Cash are to him, and Cash determined to never deny his love again.

Warning: Not suitable for anyone under 18. Contains excessive swearing, graphic sex between MMF, taboo subjects, and…Kendall at her finest.

Ophelia Donovan handed the cab driver her fare and departed the vehicle, anxious to forget her cousin-in-law’s latest stunt.  Though she’d never work for Kendall again, they’d moved past their differences and settled into a friendship.
But...but…Jesus. If Christopher discovered what had gone on in the bridal shop, he’d kill Kendall. Her death would dampen Bunny’s growing excitement as her wedding date drew near. Ophelia didn’t care to consider what Kendall dying at the hands of Christopher would due to Meggie. Johnnie. Rory. Matilda.
How could Kendall even fix her mouth to say what she had?
Huffing, Fee appreciated the quiet neighborhood she stood in. The small house with the neat lawn in front of her symbolized her moving past Cash and Stretch. Recovering from the heartache of their relationship hadn’t been easy, but she’d faced much worse than losing the two men she loved with all her heart.  Had loved.
She’d definitely moved past them.
Definitely.
Strike two for her afternoon. She hoped visiting Noah would calm her, the very reason she’d elected not to return to the club with Kendall and Johnnie, certain their argument raged on. No, thank you.
Maybe, tonight, she’d finally sleep with Noah. Cash’s and Stretch’s face rose in her head and she grimaced.
Maybe, she wouldn’t sleep with Noah tonight.
“You’ll never know if you don’t ring the bell,” she scolded herself.
Rubbing a hand over her brow to wipe away sweat, she forced her legs to move.
“Hey, girl,” Noah said, when he opened his door to allow her entry.
“Hey.”
Walking into his barely furnished house, she smiled at him and set her hobo bag on his counter. Her stomach didn’t erupt in flutters in Noah’s presence as they had with Cash, nor did she feel the calming influence of Stretch. Noah had a similar look and height. Like her lost loves, her new beau had blue eyes and brown hair.
And he was a biker. And he lived in Cash’s neighborhood, about a block and a half away. Deep down, accepting a date from Noah had more to do with Cash and Stretch than it had to do with Noah. They’d met at the bar she and her guys frequented—the place she sometimes sang at.
Visiting Noah, so close to Cash’s house, she’d hoped to run into him. Or Stretch. Both of them. They took the route that brought them past Noah’s place to get to Cash’s.
No such luck. And she barely saw them at the clubhouse anymore.
Their threesome was truly over.
Noah clapped his hands right next to her head and she jumped. “What the hell are you thinking about?”
“My friend’s wedding,” she answered, swiping her hair off her neck, murmuring in approval at the cold air blowing on her. “It was so hot today.”
Folding his arms, Noah leaned against the counter that separated his kitchen from his living room. He didn’t even have a dining space like she had in her apartment. “What friend is that?”
“Bunny. Remember I told you she’s marrying the sergeant-at-arms in a few months?”
“Isn’t that six months away?”
She kicked off her flip-flips and plopped down in one of his bean bag seats. He had two. “The wedding is turning into a huge deal so she’s planning away. I’m one of the bridesmaids.”
“Your sister-in-law is matron-of-honor, if I remember.”
Fee grinned at Noah. He was attentive and thoughtful, much like Stretch, but the complete opposite of Cash. Her smile faded away. “Um, yeah,” she said with less enthusiasm as memories of Cash and Stretch suddenly haunted her. “Meggie is matron-of-honor.” 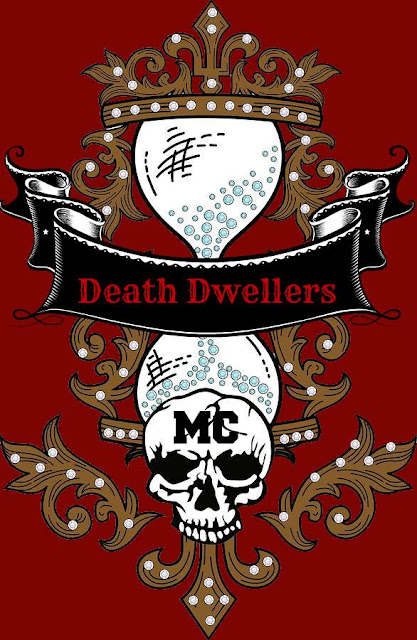 Want to keep up with my news, release dates, and all things Kat Kelly related? Sign up for my newsletter: http://eepurl.com/bIYvbL

Posted by Katkelwriter at 1:59 PM