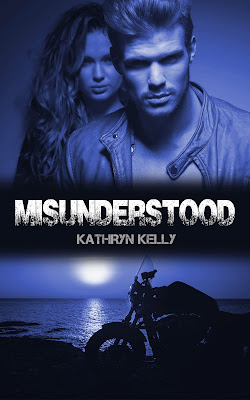 “If you want a kiss, gorgeou...s, I’ll give you a kiss you won’t forget.”
Her breath caught. He knew she expected him to roam up instead of heading south. There were kisses and there were kisses. Some were the sweet, romantic kind with romance in the air and oh-so-gentle seduction involving two mouths, two sets of lips, two tongues. Others were hot, wicked kisses containing one set of lips attached to one mouth, one tongue, and a pair of slick pussy lips.
He ran his tongue along the creamy seam of her folds, pushing her legs wide open. He circled her bare outer lips before opening them and licking his way around the inner folds, circling her clit but never quite touching it. He speared his tongue into her pussy and she screamed.
“My God,” she groaned. “Who taught you to eat pussy like this?”
He didn’t answer her, instead enjoying his cunt feast. Removing his tongue from her hot body, he pushed the hood of her clit back, exposing the most sensitive part of her and gave her what she asked for, a kiss. He pressed kiss after kiss against her before lapping. She thrashed against him, tugging at his hair, her legs trembling through her orgasm.
Oh, he wasn’t halfway finished eating her pussy. She wanted a kiss, then a kiss she’d get. Her juices clung to his lips, his chin, his nose. She’d come all over the place.
Posted by Katkelwriter at 6:28 PM 6 comments:

First, welcome to my blog! I will try to post once or twice a week, but let me tell you, Johnnie's kicking my fucking ass and Kendall is being a total bitch. I just need to slappa a bitch and get her the fuck in line. Now, that we have that tidbit out the way, let me introduce myself...

1.) I've watched only one episode of Sons of Anarchy in my life. Season 1, Episode 1. However, I still know what happened to Tara at the end of this season.

2.)I don't have the speech pattern of Christopher "Outlaw" Caldwell, but I do curse like a motherfucker. EVERY damn day. Like a close friend of mine says, it's a stress reliever. And, yes, I stole that line from her.

4.) I cherish people in general. We're what make the world go around.

5.) I don't like phoniness. You have something to say, fucking say it. DO expect a response and depending on what you've said, you might not like what the fuck I have to say.

6.) I was so scared to release Misled. Christopher IS a lunatic and a psycho, but he's very close to my heart. I'm crushing on him in a big way.

10.) Christmas is my favorite time of the year.

12.) Thanks to someone, who'll remain nameless, I'm an Olitz fan and a gladiator. If you don't watch Scandal, don't even fucking ask.

13.) I think Crystal Cuffley is a genius. Don't get on her bad side, though. She cracks a mean fucking whip if you get off schedule.

14.) I love the NO Saints, the LSU Tigers, and the Fightin' Irish of Notre Dame.

15.) Apparently, I can't fucking count because this is supposed to be TEN things about me and I'm already to number fifteen.

16.) Morbid tidbit: I mourn the loss of celebrities. When I hear about their lives, it's as if they are some long-distance friend. More importantly, though, I've experienced loss, personal loss, so I understand what their real friends and family members are going through.

17.) I'm a proud American and listen to God Bless the USA, the Star-Spangled Banner, America the Beautiful, and the Marines' Hymn (by Unmarked Cars) just because...

Posted by Unknown at 9:50 AM No comments: