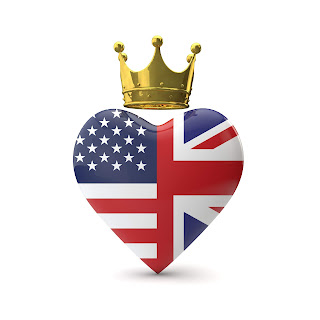 In a perfect world, we would love, understand, and respect each other. We wouldn't look at facial features, weight, religion, race, hair color or texture, sexual preferences, or socio eco status. We would truly be the village that it takes to raise our children. We wouldn't be Americans or British, Africans or Italians and all of the myriad other nationalities out there. We would simply be Earthlings. Perhaps, then, we would be more forgiving, better able to see that human being supercedes any other identifier. If we just saw each other as people, we would remember our humanity. We would take a moment to put yourself in the place of another and feel empathy at the struggles we each go through, if not sympathy because we have been there.

I have suffered...SUFFERED...S-U-F-F-E-R-E-D with major atypical depression since I was thirteen years old. At first, I was told it was a chemical imbalance due to my changing hormones. After puberty, I would be fine. Except, I wasnt. I have prayed. I have made novena. I have fasted. I have taken vitamins and supplements. I have done scream therapy, cry therapy. My terminologies for the suggestions to scream into a pillow every day if need be, or cry your eyes out once or twice a day. I have exercised. I have dieted. I have taken medication. I have done acupuncture. I have gone to chiropractors. I have tried aromatherapy. And I have attempted suicide when the realization that nothing I did, said, or thought, made a difference.  Depression is a beast that I wouldn't wish on my worst enemy.

I'm classified as atypical because my medication works for a while, then simply stops.

You take happiness where you can find it. I'm tired of hearing if you prayed or if you believed in God. I have a very intimate relationship with Him. I pray unceasingly to take this away. I pray that people understand and not ridicule or judge.

After the death of Robin William's, I've wrote what depression was to me. It is down below as it originally appeared.

But, now, I feel so much sadness for the Duke and Duchess of Sussex. They have met with so much ridicule simply for being honest. I would bet everything i own they'd give up their privileged life to be free of depression.

Who cares if they are royal? Or wealthy? Or a power couple? Prince, pauper, duke or duchess, depression lays you low.

We, as  human beings, should set aside hostilities, hatred, and envy and stand behind them.

I'm just a regular girl from New Orleans. Sometimes, I kick depression in the butt. Other times, it way lays me. The struggle is real. It can also be detrimental and dangeroys.

If we were pals, this is what I would say to them:

You are not alone in your struggles. You have understanding. You also have admiration. It takes strength to show your vulnerability on the world's stage. You have my immense admiration and thanks for your honesty.  You arent alone. Mental illness leaves you vulnerable and open to ridicule and disgust. Stand strong. Stand together. You are loved by your family and by the world. Not because you are royal or wealthy but because you are human. ❤ 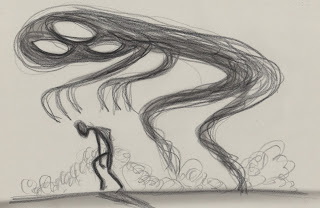 Depression is running a race. You're always racing to stay one step ahead of it.
Depression is becoming a test subject. Medicines aren't always effective or they stop working. New combinations might or might not work. It's back to the drawing board.
Depression is living in a fishbowl. You are isolated because no one understands that this isn't something you choose.
Depression is a heavy weight championship. Winner take all. Your victory is imperative to fight another day.
Depression is humiliation. You are called crazy. Enough said.
Depression is panic. When calm is in your life, it is always in the back of your mind that something might set you off again.
Depression is fear. You're afraid that one day you'll be too tired to continue living because it is a struggle.
Depression is appreciation. You appreciate every laugh, every flower, every meal, ever rain shower.
Depression is anger. You're just...angry.
Depression is shame. After a while, you start to feel as if you're crazy and then you wonder exactly what IS crazy and hold onto the mantra that everyone has a little crazy in them.
Depression is loneliness. You can feel as if you're the last person on earth in a room filled with people.
Depression is if only. You're advised by (mostly) well-meaning people that if only you believed in God, if only you prayed, if only you exercised, if only you let the anger out, if only you thought differently, if only...limitless if only. Few if only-ers ever ask what you've already done. If they do, there's a frisson of doubt that you're doing EVERYTHING you can.
Depression is humor. You find things to laugh about.
Depression is sadness. You're sad because you're depressed and you're depressed because you're sad.
Depression is weakness. These are the times when you're at your lowest.
Depression is alcohol. Sometimes, self medicating is easier than being the test dummy for doctors.
Depression is strength. This is how you get through everyday.
Depression is insecurity. You wonder if your family and friends are better off without you. You don't mean to because, rationally, you know suicide isn't the answer. All it takes is one moment of overwhelming pain to make you forget.
Depression is Black, White, Hispanic, Asian, Native American...ALL. Male or female. Rich or poor.
Depression is ME. I've had it for years. I've fought it just as long.
So I ask you this. Reach out. Listen. Life is fragile and precious and taken so suddenly. Depression is serious. Mine did not start because of addiction. I was a thirteen year old girl diagnosed with premenstrual dysphoric disorder. My doctors explained it to me as a chemical imbalance in my brain. I've had six suicide attempts with my stomach pumped twice and stays in ICU twice.
Am I sharing this for pity? No. Not at all. I'm sharing it because if anyone out there is suffering with depression and my testimony can help you, then here it is.
The death of Robin Williams has shaken me. Because I know there but for the grace of God goes me. (And, please. Don't inbox me about bringing God into this. This is MY belief and, according to my years struggling with it, I'm entitled to it.)
I'm curious. What is depression to you?


Posted by Katkelwriter at 2:18 PM No comments: